my journey with Jesus

There are three instances in Scripture where Jesus is recorded as weeping. These instances reveal His heart and His humanity. In no way does it presume that He only cried three times but that these are the instances that are recorded for us, to glimpse in on His compassion. He wept over Lazurus. He wept over Jerusalem. He wept over the world. Hebrews 5:7 says, “In the days of His flesh, Jesus offered up prayers and supplications, with loud cries and tears, to Him who was able to save Him from death, and He was heard because of His reverence.” We connect this passage with Jesus’ time in the Garden prior to His arrest, trial, and crucifixion. It is Jesus in the role of High Priest.

What would bring a high priest to tears of lament? Was it the cross that He was to bear? Was it fear of the cross? A combination of the two? Or was it perhaps the knowledge that although grace was to be offered free to those who desire it, that the punishment for sin, which is death and separation from God, was paid for, and yet still many would pass. They would simply refuse it, turning their back on God. If you were to go down to the corner and offer free hugs to anyone who would receive one, i am sure there would be those who would refuse. Their refusal would come from a place of doubt, misunderstanding, fear, pride . . . Those that would accept a hug would do so from a mindset of curiosity, a desire to be loved, feel loved, joy, they may not fully understand why but they would accept it just the same.

This may be a poor example but here is my thought. Grace isn’t always understood, some receive it and some don’t for the same reasons expressed above. Now add to it the knowledge that anyone who accepted the hug from you would be saved, all they needed to do was accept your hug. How much more would you try to give out hugs? Here Jesus knows that His loving sacrifice will not be accepted by everyone although offered to everyone. He knows that and He knows our humanity, our weaknesses, our temptations. He knows the pull of the world and the work of the advisory the devil. Now put the weight of the world on His shoulders, are those tears and cries of supplication for the cross? Or for the many that will choose to ignore the free offering of Grace?

i think in Jesus’ humanity, yes, if there was another way acceptable, He would have chosen it. However, in His time in the garden, His final words, “Not my will but Yours,” He chose obedience. We too must choose obedience. We must be willing to bear the cross and share the cross with anyone who would hear. For the great High Priest intercedes for us and for the world. So much so that His heart breaks for those who will simply walk by. As ours should. Our hearts should break for the passerby and our resolve to reach out for them should intensify, our prayers of supplication magnified, and our tears should be many. “O’Lord let us get one more!” Should be our rally cry everytime we are able to give out a hug.

Let me start here: if you have not read Jude (an introduction), stop now and go read it . . . it will make more sense that way. However, as a reminder to those who did read it let me refresh your memory. Jude is one of four brothers of Jesus and at some point led the Church in Jerusalem. He came to faith after Jesus’ resurrection. This same Jude then pens this letter and it is powerful! As a call to repentance, as a reminder of judgment, and as a warning to stay alert as we contend for the faith.

He doesn’t waste time with small talk, antidotes, or gibber, he is very matter-of-fact. In the verses, we will look at this week, we will see his heart, and his understanding as the brother of Jesus and leader of the Church. Let’s look at verse 5, “Now I desire to remind you, though you know all things once for all, that the Lord, after saving a people out of the land of Egypt, subsequently destroyed those who did not believe.” Here is an interesting point, there are a couple manuscripts out there as well as a few versions of the Bible that use “Jesus” in place of “the Lord”. Could these early manuscripts be more accurate to Jude’s point? i think so. Jude had come to an understanding of who Jesus was and was not ashamed of it.

We love grace, i love grace. We preach grace, i preach grace, and it is glorious! However, we mustn’t lose sight of Jesus. Jesus, actively a part of the Old Testament, who is the same yesterday, today and forever, saves us by His cross. He leads us free from the chains of sin, out of bondage and into freedom. As the Israelites out of Egypt and still, subsequently (lit. the second time) He destroys those who did not believe. Folks, there is judgment. There is a hell and it has been preached since the formation of the Church. Do not be led astray. We must continue to contend for the faith in a world that would pervert the grace of God, even some in the Church.

5 Now I desire to remind you, though you know all things once for all, that [e]the Lord, after saving a people out of the land of Egypt, [f]subsequently destroyed those who did not believe. 6 And angels who did not keep their own domain, but abandoned their proper abode, He has kept in eternal bonds under darkness for the judgment of the great day, 7 just as Sodom and Gomorrah and the cities around them, since they in the same way as these indulged in gross immorality and went after [g]strange flesh, are exhibited as an [h]example in undergoing the punishment of eternal fire. (NASB)

5 Now I want to remind you, although you once fully knew it, that Jesus, who saved[c] a people out of the land of Egypt, afterward destroyed those who did not believe. 6 And the angels who did not stay within their own position of authority, but left their proper dwelling, he has kept in eternal chains under gloomy darkness until the judgment of the great day— 7 just as Sodom and Gomorrah and the surrounding cities, which likewise indulged in sexual immorality and pursued unnatural desire,[d] serve as an example by undergoing a punishment of eternal fire. (ESV)

Pray with me for insight, for understanding, for fresh revelation into God’s Word. Let the Spirit of God speak to our hearts through these words written by Jude inspired by the Spirit. May we grow in wisdom and faith, as we seek to walk humbly with Jesus, contending for the faith. Until next week . . . 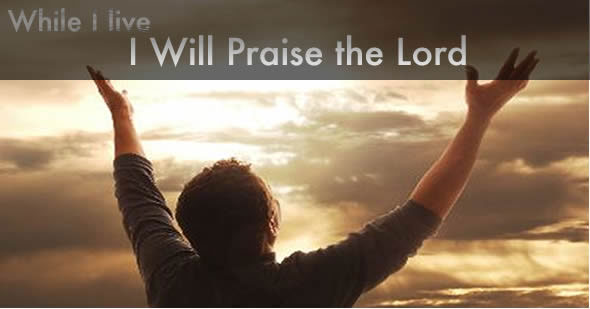 The shortest chapter in the Bible is Psalm 117, it is just two verses. Yet these two verses are immensely profound in their simplicity. You want to boil things down to the minimum and just look at the core of human existence? Then here you go:

“And, behold, the veil of the temple was rent in twain from top to bottom; and the earth did quake, and the rocks rent.” Matthew 27:51 KJV

Such a simple passage that is full of great meaning. The veil of the temple was a giant curtain. This curtain separated the Holy of Holies from the place where man dwelt, basically the rest of the temple. The temple was where the sacrifice was made for the atonement of sin. The Holy of Holies, beyond the veil, was only entered once a year for that purpose by the High Priest. Who first had to be consecrated before he was allowed to enter with the atoning sacrifice for the people.

Here in Matthew 27, we read that upon Jesus breathing His last, “It is finished,” the final atonement of sin offered by our High Priest, Jesus, was offered. The atoning work is done, the need of the veil that separated a Holy God from sinful man was no longer needed, and therefore torn in two. The thing that separated man from God, sin, was dealt a deathly blow. Allowing us to enter the Holy of Holies, God’s presence, on our own. We now dine within the veil. No longer does God dwell in a temple of meeting but rather in our hearts. We are the temple, individually and collectively as the church. Not a church as a place but as a people, a people of God.

We can now bring, on our own, our needs, our hopes, our fears, our sin, our repentance, our faith, our lack of faith, our weakness, and our strength, right into God’s presence. i can carry you there and you can carry me there alone or together, individually or corporately. You see the veil is torn in two! It is gone, it is finished. Jesus was the final atoning sacrifice for the sin of man. When we believe that Jesus is the King of Kings and Lord of Lords. When we acknowledge Him as our Savior, we enter into the Holy of Holies. That is a very cool thing. To know that we have the opportunity to enter into the presence of Almighty God and He desires us to do so, is really awesome.

Yet, many Christians miss it, they miss the opportunity to sit in the presence of God and dine with Him. All is not lost, however, for to us, a promise is made, “Look! I stand at the door and knock. If you hear my voice and open the door, I will come in, and we will share a meal together as friends. Those who are victorious will sit with me on my throne, just as I was victorious and sat with my Father on his throne. Anyone with ears to hear must listen to the Spirit and understand what he is saying to the churches.” Revelation 3:20-22